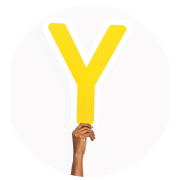 Originally a tool utilised by the car manufacturer Toyota, the 5 Whys system of questioning is now a popular practice in the world of lean development.

At its core, 5 Whys is an interactive thinking tool for identifying the root causes of problems. By using the 5 Whys, teams practicing continuous improvement are able to move beyond blaming one another for problems occurring and think beyond the specific context of a problem. Instead, the 5 Whys helps to identify a sustainable, coherent solution to resolve the issue.

In practice the 5 Whys is very simple, but can be more complicated in practice. Start with a problem statement, and then ask “why” until the root cause is revealed and the answers become absurd. Start by bringing your team together after an issue has arisen that needs an answer. Be prepared for intentional and unintentional bias in the answers you discuss here. Make sure the room doesn’t try to shy away from an uncomfortable truth, or try to reach an easy consensus. If there isn’t one definable problem, you’ll need to dig a little deeper to agree on which issue to focus on. This process in itself can be quite revealing regarding the mechanics and thinking patterns of your team. Once you have agreed on a single problem to focus on, continue along a line of questioning similar to the below:

Question 1: “Why is the Sales Team struggling to meet its targets?”

Question 2: “Why aren’t there enough people following up leads?”

Answer 2: “Because some of the Sales Team are also working on logistic issues in Operations.”

You get the idea – keep drilling down to new problem statements until you’ve asked “why” five or more times. Most of the time, large issues have many factors contributing to them. The last response in a long time of questioning get a little absurd, but it is worth pulling out answers from the team at each “why” point to highlight the complexity of the problem at hand.

At the end of this 5 Whys exercise, your team should have a good understanding of the problem and the factors contributing to it. As a team, discuss the resulting problem statements from each question. Odds are, you would have traced a path from the symptom of a much larger problem you need to address as a team.

It’s important to reemphasise that the purpose of the 5 Whys line of questioning isn’t to place blame. Rather, it is to reveal the root cause of why something unexpected or unpleasant has occurred while also uncovering small, incremental steps to ensure the issue doesn’t happen again.