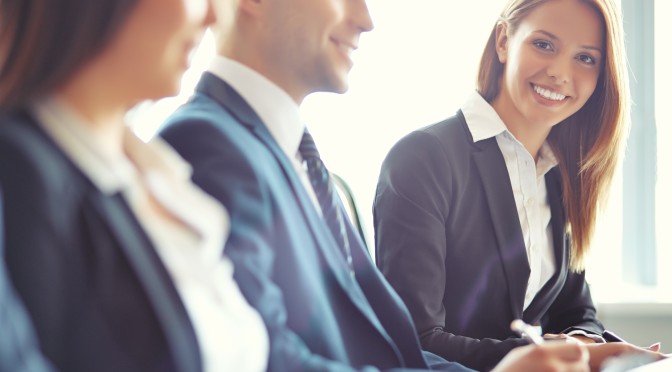 When one thinks of strong leadership, there are a few key attributes that immediately come to mind. Among the most obvious attributes would definitely be trust.

A leader can have a great strategy, undeniable skills and a compelling vision, but if they aren’t trustworthy there will only be so much they can reasonably expect from their team. Leaders who inspire trust from those around them will have the implicit support from their team members that goes beyond the day-to-day turnover of tasks – they will inspire those around them to remain in positions longer, extend their skill sets for the benefit of the organisation and innovate to create more opportunities for development.

For leaders who may be newer to their roles, having those around them trust their decisions and be prepared to follow them can be a make or break point for a lot of actions that follow. But building trust amongst a team, especially for a newer leader, is not as simple as assuming those around you will follow where you by virtue of a new title alone. It has to be earned, and it can take time.

Newer leaders in an organisation can start off on the right foot when it comes to building trust in their team. We have a few suggestions below:

Be clear on what you stand for, right from the beginning

People will instantly be wary of someone who says one thing but does another. This kind of dissonance will make establishing trust much harder to accomplish. By being clear about your mission, vision and manner of working from the very beginning, the area for trust to come in has been cleared.

Part of being a leader is being able to read the feelings and energy of those around you and respond in turn. People will instinctively put their faith in those who care about those beyond themselves. Keeping in mind that people will also be sceptical of whether another person will have their best interest in mind, it can take time for a newer leader to convince their team that they are truly on their side. However, by consistently staying aware of team members’ feelings and energy, and offering support when needed, newer leaders will be able to demonstrate they do indeed have the interests of their team constantly in mind when they make decisions.

The elusive factor of ‘character’ in a leader is something difficult to categorise and difficult to pin down. But, an essential part of demonstrating character comes down to a couple of things, namely: authenticity and choosing what is right over what is easy. Authenticity in leadership comes from a variety of sources too, but in general it can be summed up as a feeling that team members have when they talk to their leader. Do they feel listened to? Do they feel they have their leader’s attention? Additionally, by choosing the easy path instead of the right (and often more difficult) path, a leader is demonstrating that this behaviour is acceptable.

Be competent , be curious

People will inherently have confidence in those who stay fresh, relevant and curious. Humble leaders are always looking for ways to improve their skills and take little time to rest on their laurels. The ability to learn amongst the sometimes chaos that surrounds them will separate newer satisfactory leaders from excellent, inspiring ones. Displaying arrogance or a ‘been there, done that’ type of attitude will prevent the leader themselves from growing, and will also compromise others’ confidence in the leader.

Leaders are inherently good at building and maintaining relationships. After all, the basis of most if not all relationships is trust. Newer leaders need to ask questions, listen and perhaps above all, be prepared to be vulnerable in front of those around them.

Vulnerability doesn’t mean admitting defeat and choosing to fold in difficult situations. It means being open about decisions and not keeping information pivotal to the betterment of the team silent or to themselves. It’s about seeing each of their team members as people who are skilled, capable and essential to their own success as a leader and a manager.

Is your team functioning effectively? Many team members and team leaders have not asked themselves this question or honestly answered it. Many know that their ...
Download here
Featured Testimonial
Samantha Brown - Fernair Distributors
Fernair Distributors enlisted the help of LMA during a rapid growth period to assist employees develop the skills required for their new rol...
Read More
Inline