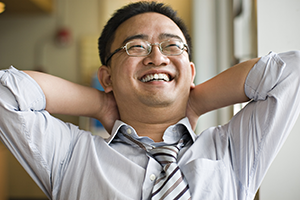 A snapshot survey conducted just a few weeks before 2015 comes to a close highlights that many of us did not achieve all we set out to achieve this year. Remarkably, only 36% of leaders, managers and employees surveyed felt they achieved ‘all or almost all’ of what they wanted to achieve this year at work.

The results, taken from Leadership Management Australia’s 2015 Achievements Survey – part of the ongoing Leadership Employment and Direction (L.E.A.D.) Survey series – show that around one-in-two (52%) achieved ‘half or more’ of what they had hoped to in 2015.

The remaining 12% claimed to have achieved ‘less than half’ of what they intended (10%) or ‘very little/none’ of what they planned to achieve (2%).

According to those achieving at least some of what they wanted to, the Top 5 Contributors to Achievement were:

In contrast, those who fell short of achieving all or almost all of what they had hoped to cited the following as the Top 5 Factors Limiting Achievement:

Based on these results, it seems that those who have achieved the most in 2015 have taken the time to plan the various aspects of their year – a central theme of LMA’s unique learning experience that typifies its approach to training and development.

“All too often, people at all levels of organisations just let the year happen to them. They wake up at the end of the year disappointed with the ways things turned out. Having a goal-directed plan, backed by a consistent approach to developing and supporting people at all levels of the organisation is essential to deliver exceptional results through people”, he said. 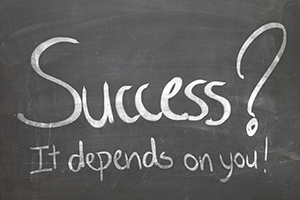 Success does not result from luck or random chance. Success doesn’t just ''happen" to the fortunate few. Instead, achievers make their own...
Read More
Inline