Does your organisation value face-time over productivity? 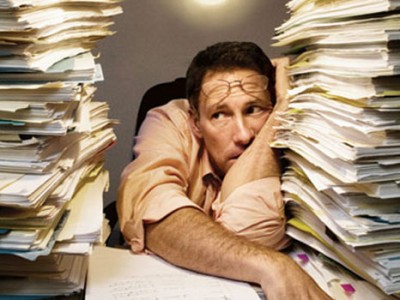 Australians are working harder than ever to keep their organisations going through tough times, often doing unrecognised and unrewarded work, but the resulting presenteeism might be doing more damage than good, according to leadership expert Andrew Henderson.

Henderson, the CEO of Leadership Management Australia (LMA), warns that when taken too far, the result is a workplace lacking productivity and creativity. If HR doesn’t address the issue, it can lead to resentment, disengagement and ultimately departure from the organisation.

Leaders and senior managers are shouldering the biggest burden, working on average 51.6 hours and being paid for 38.9 hours, according to findings by LMA’s Leadership Employment and Direction Survey of leaders, middle managers, supervisors and employees.

Employees are increasingly feeling ‘unbalanced’ because they are neglecting their personal lives and their efforts are going unrecognised, says Henderson, and this is causing lost productivity through stress and illness.

“It all centres around one issue,” he tells HR Daily. “For most of us, even if we love what we do in our roles and love what our business does as an organisation, work is a vehicle for us to achieve our personal goals.

Addressing this head on

Henderson says the phenomena of ‘presenteeism’ is partially responsible for the more than 20 million sick days Australian workers take each year due to stress-related illnesses. According to Medicare’s 24/7 Health Advice Line, presenteeism is costing the economy more than $25 billion annually by causing six working days of productivity to be lost every year per employee.

Rather than turning a blind eye, employers and their HR departments need to address the issue directly and strive to create workforces that value productivity over face-time, he says. They can do this in three ways.

Firstly, recognise the situation for what it represents. Widespread unrecognised work is a warning sign that a workplace is out of balance, Henderson says. Managers need to make it clear to their employees it’s all right to go home at five if they finish their work.

“By sending that message, it allows people to come in in the morning and work hard and productively, knowing if they do that they can go home and feel good about their day’s achievement,” he says.

HR can advocate for this by building a compelling case as to why a culture should shift to one of measuring performance rather than measuring hours, he adds.

Secondly, managers should be encouraged to take a genuine interest in the work/life balance of their people, as well as their own work/life balance. “If you’re all about simply ‘you’ve got to put in the hours to look good here’, and that’s the culture, I’m not sure you can then genuinely say you’re interested in watching your staff achieve their goals outside work,” Henderson says.

Leaders should drive a creative culture by walking the floor and expressing interest in the lives of their staff, he says.

“If you’re a leader walking around saying to your people ‘tell me what’s going on in your life at the moment’, and one says ‘I’m building a relationship with my son, it hasn’t been terrific lately’, as a leader you’re encouraging him to get the job done and get out of work.”

Lastly, workplaces need to equip employees with the tools, skills and focus to manage their workloads to greater effect. Research has found employees can lose large amounts of productivity for each interruption they experience, Henderson says, so workplaces need to help them focus on activities that add the most value.

“Email for many of us is now a very unproductive tool, rather than a productive tool,” Henderson says. “People now focus on responding to other peoples queries rather than their own priorities. And as much as open plan offices have helped with communication, they have also introduced a whole range of interruptions which don’t allow people to focus on getting through their work.”

“In our work with organisations, when we start working with people we often find they are spending 70 per cent or more of their time on low pay-off activities, which are activities that are really non-consequential to their role and shouldn’t be done by them.

This article has been reproduced with permission from hrdaily.com.au