Don’t be afraid to ask for skills help 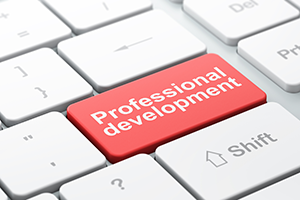 Workers who feel they are not up to scratch have nothing to fear from approaching their boss for help – so long as they develop  compelling arguments about how upskilling will benefit both  employer and employee.

All levels of workers, including executives and managers, say their  skill levels are, on average, 25 per cent below what is required to do  the job as well as they could, a recent self-assessment of the workforce reveals.

Almost 2000 workers were quizzed on their competencies in five key areas, including strategic and departmental planning, personal leadership and personal productivity. Asked to rate themselves on a five-point scale, the average competency ratings were 3.8 for executives, 3.6 for middle managers, 3.4 for frontline managers and supervisors and 3.7 for employees.

Chief executive Andrew Henderson is not surprised. “It happens all  the time – someone is good at their job so they get promoted to a supervisory role or management but they don’t have the skills to be capable of managing other staff,’’ Henderson says.

“If a forklift driver says, ‘I’m 25 per cent underskilled’, (their employer) would say, ‘Let’s get some training, let’s fix that’. “The difference with managers is that organisations can let (bad  leadership skills) slide and we won’t necessarily have a forklift driven through the window.

But I think it’s equally important, if not more important, to have the  skills needed to be a good leader or manager because your impact ripples through the business. Without proper leadership skills there is a lack of culture, a lack of engagement and a higher staff turnover.’’

He says workers should approach their employer and ask for  opportunities to upskill. Dean Millson, senior account manager with brand strategist Di Marca, recently completed personal leadership training to improve what he saw as shortcomings in his skillset.

Millson, 38, says his employer was supportive of his decision to  upskill, offering him time off work to study. “The training has really given me more confidence and motivation  to put things into practice,” he says.

STATS THAT MATTER
25 per cent: Out of 1900 staff surveyed this was how many believe they are below necessary skill levels.

The ratings: The average competency ratings out of five were 3.8 for executives, 3.6 for middle managers, 3.4 for frontline managers/ supervisors and 3.7 for employees.

Results: This compares with a survey two years ago which found the  ratings were 3.7 for executives, 3.5 for middle managers, 3.3 for frontline managers/ supervisors and 3.6 for employees.