Employers, managers divided on what makes an employer of choice 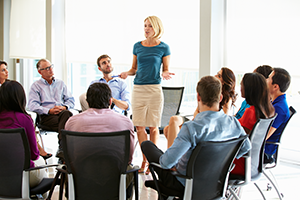 New research has found some major disconnects between employees, managers and leaders on what makes an organisation an employer of choice.

All of the 2,043 employees, managers and executive leaders canvassed for the Leadership, Employment and Direction (L.E.A.D) survey ranked recognition and reward, and learning and development, as the two most important criteria for recognition as an ’employer of choice’.

However, the report finds the values of each group start to differ from there.

Employees ranked paying above average salaries and bonuses for excellent performance as their third-most-important factor, for example, while leaders ranked this least important, and managers ranked it at mid-level.

But employers should not be overly worried about the emphasis employees place on pay, CEO of Leadership Management Australia, Andrew Henderson, told HR Daily.

“People who have less engagement in their workplace are always more susceptible to leaving – and leaving for a bigger salary is one big drawcard,” he says, highlighting the fact 70 per cent of employees would move to another employer for a salary increase.

“‘I’m going because I’m not getting paid enough’ is often a symptom of, ‘I don’t like it here anymore, because I don’t really know where I fit. I might as well find a reason to go and get more money elsewhere’.

“If HR was to take action to address an issue, it would be more [important] to ensure their supervisors and managers are adequately skilled, and are putting important time aside to sit down with their key people to talk to them and communicate with them.”

Employees in the dark about prospects

The survey also found 37 per cent of employees think they are being kept in the dark about their personal future with their employers.

“Thirty-seven per cent of employees feel ‘I am not adequately communicated to, I don’t understand where my personal future is going’ – there is a direct correlation with people looking for jobs,” Henderson warns.

“In my role, make sure I understand, how is the business doing and where is it going? How does my role contribute to that direction and our… business growth, and what is my future? But don’t tell me that once, but give regular feedback and insight so that I understand progressively how we’re doing.”

To address this, Henderson suggests managers should:

One surprise finding from the survey was how little importance managers placed on the need for organisations to operate ethically and fairly in order to be an employer of choice. Managers placed this very last in their rankings, while it was the third-most-important criteria for leaders, and employees placed it mid-range.

“That statistic also shows miscommunication or lack of communication on what the values of the organisation are, and whether the business is living or operating by those values,” Henderson says.

“I would even go one step further: make sure that the performance review discussions include reference to not only performance, but performance against values.”

Henderson recommends emphasising to supervisors and managers about the importance of communication impacting engagement, productivity, retention and the day-to-day culture of the organisation.

“And maybe breaking it down to bite-sized chunks for managers and supervisors, because they themselves are often very busy and it’s an issue of ‘time’ at times,” he says.

This article is reproduced with permission from hrdaily.com.au