An Evening with Hillary Rodham Clinton 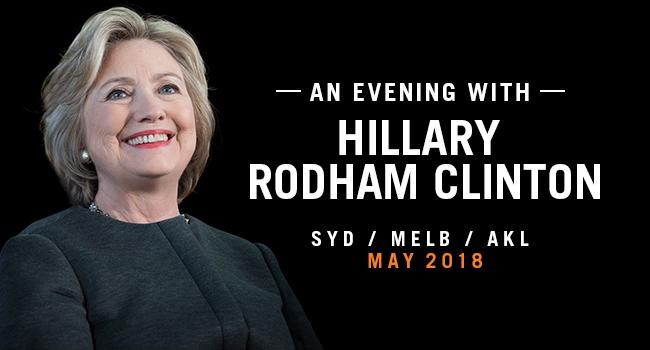 “In the past, for reasons I try to explain, I’ve often felt I had to be careful in public, like I was up on a wire without a net. Now I’m letting my guard down.”
Hillary Rodham Clinton

LMA is delighted to partner with The Growth Faculty in bringing Former Secretary of State, Hillary Rodham Clinton to Australia and New Zealand for the very first time.

Free from the constraints of running, Secretary Clinton will share the intense personal experience of becoming the first woman nominated for president by a major party in an election marked by rage, sexism, exhilarating highs and infuriating lows, stranger-than-fiction twists, Russian interference, and an opponent who broke all the rules.

“From lawyer and activist, to first lady, senator, secretary of state and presidential candidate, Hillary Clinton’s extraordinary career and story of resilience is one that fascinates and inspires business leaders and people everywhere.”