What game of thrones can teach you about Leadership 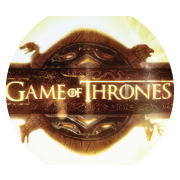 The world of game of thrones is full of murder, lust, betrayal, and child assassins. The list goes on, but it can also teach us a thing or two about good vs. bad leadership.

People are loyal to authentic leaders and brands

The Starks have ruled the north for generations, and people respect them, even when the flags are torn from Winterfell. “The North Remembers”… It ends up putting the Starks back in power.

The same can be said for leaders who show their people the same level of respect and courtesy that they expect to be given. Good leaders are authentic and supportive. But they also display unwavering honesty, ethical behaviour and sound decision-making with their team’s best interests at heart. Strong leaders also are transparent and trust their employees enough to share candid feedback and updates. Behind authentic brands are passionate leaders and dedicated people – staff who feel the company is on their side or that the organisation is a worthy cause will go to bat for the team and the organisation.

If you’re not adaptable, you will die…or not succeed.

Stannis the hard unbending ruler knows this best – “the iron throne is mine, by right”. If you’re so set in your ways that you can’t adapt, your people will lose faith in you.

Most bad managers, get what’s coming to them.

Ok, this varies in the world of Game of thrones but it’s become truer as time has gone on.  Take Joffrey for example, he survived for several painfully cruel seasons, but the people in power noticed his shortcomings and well… We know how that turned out.  Managers who rule with an iron fist will not gain any longevity from their staff or gain any new loyalty.  Unless a manager is willing to take advice from all facets of his “army” he may end up on his knees waiting for the axe to drop for all his sins.

Danneris Stormborn has faced opposition for the entire show, but damn can she inspire people. There will always be individuals that doubt you, but don’t let them overshadow the millions of others who support you, and readily join your cause. Danny spends her time on the most important tasks at hand rather than spending time on activities that don’t suit her cause, she even delegates in effective ways to those who can handle the workload (Tyrion).  Knowledge is power

The smartest people on the show have traditionally pulled the strings, Tyrion, Littlefinger, and Varys, have always found a way to get what they want in Westeros.

“Fight every battle, everywhere, always in your mind.” – Littlefinger.  Never underestimate the power of knowledge.