Getting to know you – Bill Mason (Qld) 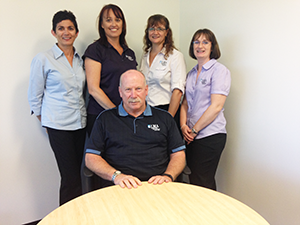 “I don’t call what I do work, it is a pleasure to do what I love doing and to be paid for it”.
The passion of Bill Mason is clear from these words.

Bill joined Leadership Management Australasia in 1998, following 4 years as the State Manager for the Vox Group after 8 years as Regional Manager Queensland Big W at Woolworths and 16 years with Fosseys Pty Ltd as his initial career path.

Bill has acted as the Queensland Client Co-ordinator for many of LMA’s major national clients including News Ltd, Thiess, Mirvac, DHL, Boral, Cadbury Schweppes, Startrack Express, Powerlink and others.

Bill always strives to build a relationship that extends far beyond the formality of the course and to develop a relationship with the participant and client that progresses toward a partnership because of the results achieved and credibility gained.

This is possible, in part, to the learning experience that is created at LMA, “We create a learning experience for people that extends far beyond the formality of the workshops and course. The awareness of and the growth of the total package is and always has been paramount”, said Bill.

As a senior LMA Facilitator Bill has successfully completed over 200 public and in-house programs, creating exceptional results for over 2,000 people, with groups across the organisational structure from a first time leaders, leading hands, supervisors, middle level managers through to executive teams. “A relationship exists with most of our established clients that they trust us to deliver a meaningful outcome and give honest feedback on their participants. There is a level of credibility that is taken seriously, thus fostering the relationship”, Bill said.

As an LMA coach, Bill has assisted over 900 participants through their course to learn, grow and develop but he remains modest in his attitude to his role as a Course Coach and Facilitator, he says, “There are numerous examples of people causing life changing experiences, not because of me, but because of the learning derived from one or more of the courses they completed with me”.

Bill provided a number of examples of life changing experiences as a result of LMA courses but this one stood out – “One young man who started his Challenge of Leadership (COL) course, got about a third of the way through and went missing in action. In love / lust and followed the young lady overseas. When he woke up and come home, I had a discussion with the client and the man in question and agreed to let him back into the course but he had to start from the beginning again.

He completed the COL with flying colours, had a couple of promotions, moved interstate. Again, he come home and enrolled into the High Performance Management course with me, completed the course, was head hunted and is now Operations Manager of a national organisation.

He still reflects on the meeting we had as a watershed in his maturity / career, when we discussed whether or not to let him back into the COL.

He now has numerous participants in courses across the country and is one of my strongest advocates.”