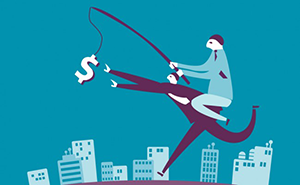 Few managers and leaders understand the importance of the team in motivating the individual to perform, a new workplace L.E.A.D. Survey has found.

Leadership Management Australasia has been conducting the Leadership Employment and Direction (L.E.A.D.) Survey for 14 years. This latest wave involved 2,660 respondents across Leader, Manager and Employee sectors and was completed Friday, October 31. They were asked to nominate which five factors had the most positive influence on their own, and staff’s, performance at work, today.

One of the biggest gaps was the ranking on “Good relationship with other staff”. Employees ranked it equal third while Managers ranked it at 12th and Leaders at 8th.

Leaders seem to believe “good feedback and communication” can influence employee performance ahead of all other influences (ranking it #1 influence) including “reasonable salary/pay” which they rank 4th, “flexible work arrangements” at 7th and “relationships with other staff” at equal 8th.

“Seems our managers and leaders don’t align with what influences employee performance,” LMA CEO, Andrew Henderson said. “They don’t truly know what makes employees tick at an individual level. The better we understand our people, the greater the performance they can and will deliver.”

Mr Henderson said the new research supports LEAD Survey’s consistent finding that 25% of employees say their manager seldom or never listens to them or understands the issues they face.

Given the variability in the rankings of influences on performance, Mr Henderson said it was clear that few managers and leaders understood the role the team can play in motivating the individual to perform.

“Some managers and leaders have that connection with their people, but sadly, this is not yet the norm,” he said “With significant advances made in management development and training, it is a surprise to see management is still not listening to their people, a foundation stone for workplace performance”.

“Working with a team we like to work with can override or allow us to overlook deficiencies in other influences, such as the inability to provide market-competitive salaries in a tight economic environment.

“Leaders and managers who don’t invest time and energy in understanding their people and their motivations, run a very real risk that the needs of their people won’t be met or supported by the organisation and those valuable team members will become disengaged, disillusioned and unproductive.

“They will be the first to jump ship,” said Mr Henderson.

LMA’s L.E.A.D. Survey Summary Report suggests that leaders and managers in many organisations still routinely forget that true motivation to perform comes from within the individual – “it’s not something we DO TO our people, it’s something they DO FOR THEMSELVES.” It comes through their identification of the needs they seek to fulfil through their work and their commitment to perform to their potential – to work to satisfy those needs. As leaders, managers, coaches, all we can really do then is support their initiative and impetus to help them on their journey.