Leaders versus Managers: Spot the Difference 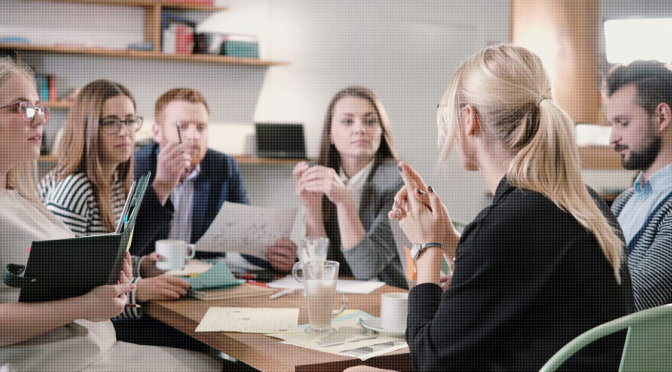 As those in the business of developing managers and leaders, we talk to a lot of people who are in the throes of mastering many of the skills associated with being a manager and a leader. While many of the skills required cross over between the two, it is also imperative to take a step back and think on this important question: What makes a manager, a manager, and what makes a leader a leader?

While some people will definitely be both, there are some telling differences between managers and leaders that can set them apart in the eyes of those they report to and in the eyes of their teams.

Although normally based on this transactional style, good managers need to have a particular set of skills to be successful in their role.

Leaders do not have subordinates, they have followers. And while many leaders will still have a ‘management’ title, the sense of authoritarian control is replaced by a different form management style that encourages results and performance at a whole different level.

They will appeal to those around them based on personal integrity and determination, not authority or power. Leaders will be able to rally those around them to a cause based on their own personal appeal and demonstration of honesty. Leaders with a lot of charisma find it easier to attract people to their cause. As part of their persuasion they offer more transformational incentives rather than transactional such as personal development.

They will be people focused and able to relate to those around them on a variety of levels. This doesn’t necessarily mean they have to be loud and gregarious to be everyone’s friend, rather they are able to employ skills such as asking questions and listening to make those around them feel heard.

They want to try new things and aim to get others involved in these developments. Leaders do not silo themselves away and work alone. Nor do they always play it safe to avoid confrontation or potential failure. Instead, they include others in their brainstorming and search for new approaches. They are problem solvers who appreciate the perspectives their team members can offer to assist with informed risk taking.

Can you spot the difference?

While this is in no way an exhaustive list of manager or leader attributes, it should give a clearer idea of what separates a manager from a leader with excellent managerial skills.

Instead of counting value according to a transactional style of management, leaders focus on what value they can assist to add to their team by setting good examples and acknowledging independent thought and good work ethic.

Instead of focusing on controlling the day-to-day actions of their teams, leaders focus on developing circles of influence based on their natural leadership qualities. If people outside your direct line of reporting are coming to you for advice or direction, you are demonstrating that you are a leader, not only a manager.

Influence and inspiration separate leaders from managers, not power and control. Like most things worth working for, becoming a leader can be a longer and more complicated road than clocking in and completing a set managerial task. However, the rewards of a more responsive and self-driven team, stronger internal relationships and a less authoritarian driven work environment is definitely worth the extra effort and skill honing.

Are you a good manager? Welcome to LMA’s complimentary DIY Leadership Management Competency Analysis. This easy to use analysis for yourself, or your team...
Download here
Featured Testimonial
Chris Phillips - Gladstone Regional Council
Chris Phillips from Gladstone Regional Council discusses partnering with LMA to deliver their Leadership Academy and the exceptional results...
Read More
Inline