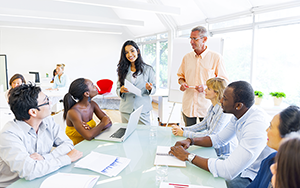 Leaders should use “good old-fashioned discussions” – not employee surveys – to close the gap between what they think motivates staff and what actually does, says leadership expert Andrew Henderson.

Many organisations run cultural and attitudinal surveys to find out what motivates their workers, but these are only effective to a degree, says Henderson, who is the CEO of training and development provider Leadership Management Australasia.

“The answer is good old-fashioned discussions and communication,” he told HR Daily.

“If managers and indeed leaders are committed to understanding what motivates their employees, and therefore how they can create an environment that serves that motivation, that commitment needs to be reflected into putting aside the time to sit down with individuals and smaller base teams.”

“Creating a risk-free environment is a very important element to that, because that’s really the only way that you’re going to get the more true answers, rather than the answers they feel you want to hear.”

Leaders should try to draw employees on what motivates them by asking questions such as “what can we do to ensure that you’re happy here in your workplace, that you’re getting the satisfaction that you’re after, [and] that we’re creating an environment that serves you in what you’re looking for in your job”, he says.

These kinds of discussions are particularly important in light of new LMA research which reveals a wide gap between what leaders believe motivates workers and what actually does.

The survey of more than 2,600 leaders, managers and employees shows that while employees and managers rank a reasonable salary as the top driver of workplace performance, leaders view this as the fourth most important factor.

Leaders rank good feedback and communication as the top employee motivator, followed by clear objectives, and interesting or challenging work.

For employees, the second highest workplace factor that motivates them, however, is being entrusted with responsibility or independence, which both leaders and managers ranked as the fifth driver of workplace performance.

Henderson says part of the problem is that many managers and leaders let their own personal drivers colour their views about what motivates employees.

“Managers and leaders often view their employees’ motivations as being aligned with themselves. So it’s not often that they step out from that way of thinking and recognise that often managers and leaders have different drivers in what they’re trying to achieve within the workplace and professionally in their career,” he says.

How to motivate staff

Failure to understand what motivates employees can lead to disengagement, which in turns drives staff turnover, warns Henderson.

Henderson advises leaders and managers to take action to better understand employee motivation, including by:

“It’s the old adage where people don’t care how much you know until they know how much you care. Connecting with your people by taking interest in who they are outside of the office walls suggests to them strongly that you’re interested in them as an individual, not just as a resource to achieve certain KPIs,” he says.
“It’s important we’re not seen as just a tool and resource; we’re seen as an individual. Our workplace cares for us, but they’re also proud of the work we do. That starts to build the foundation of the relationship”;

“In a very simple sense, often our job or our workplace is a vehicle by which we aim to achieve, or use to achieve, our professional and personal goals,” Henderson says.
“Understanding what motivates someone is really [about] number one: understanding it, and number two: trying to work out how we can help you achieve your personal/professional goals; how can we shape the work you do and the KPIs you’re trying to achieve so that you’re getting that gratification on your end as well?”;

“The motivational plan is just creating a profile on each of the employees and putting a far higher degree of importance on what motivates an individual, and then putting a plan behind it for how you can tick some of the boxes so that you are addressing some of those key motivational factors – not dissimilar to creating a professional development plan,” he says.
“It’s just being aware that we are where we are, we’re wanting to go somewhere, and there’s some steps to be taken in between. Let’s put a plan together to address those measures”;

“If the individual can understand how the role they play within the workplace connects with the greater organisation’s goals and objectives – or at least how their role connects with the team’s objectives, KPIs and measurements – then within that it gives them a sense of purpose,” Henderson says.
“Disengagement often comes in when someone… [believes] that if they do a good job or a bad job – other than maybe affecting their longevity in the organisation – it doesn’t really make a difference to the team or the business. So their sense of purpose is low, and when our sense of purpose is low, why go that extra mile?”;

“Most of us get out of bed in the morning and we go to work with the intent to do well, do a good day’s work, contribute to the team and help the business achieve its goals,” he says.
“Meaningful measures of performance help me as an individual in my role understand, am I developing? Am I getting better? And, at our core, many of us – generally speaking – want to grow, want to do better [and] want to know that we’re improving, so the meaningful measures actually give people a good chance to rate themselves and aim for something”;

“We all like that feedback. We all like it being acknowledged that we are doing a good job but, importantly, providing feedback for… the employees also means providing feedback on where [they] can improve, and it’s this honest feedback that’s important to them,” he says.
“They don’t want a manager or a supervisor just telling them they’re doing fantastically well all the time… That sense of balanced and honest feedback builds trust because they know that their manager or supervisor is willing to give them the total picture, rather than just the good feedback”; and

“As technology continues to improve the way we can connect into our workplaces, while at the same time our personal lives all seem to be getting busier and busier and busier with kids and commitments, employees are looking for a workplace to be understanding that one size doesn’t necessarily fit all,” he says.
“It’s a case-by-case basis of an organisation weighing up the value of a person to their organisation against the flexibility that individual’s requiring and that often can come up as part of a discussion when they’re recruiting an individual or trying to retain someone”.

Article from HR Daily, 2 December 2014. More media coverage of this issue can be found here. 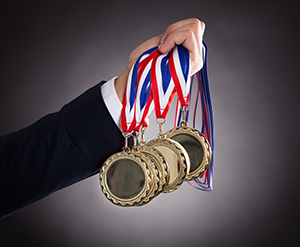 At this time each year, elite coaches, players and officials in many sporting codes are in the spotlight and under pressure to perform at th...
Read More
Featured Case Study
CBC Australia
The Issue A national 50 year old company needs to lift its middle management to achieve projected growth. The Solution LMA delivers its a...
Read More
Inline