There are many people being promoted into management roles each year, and the transition from successful employee to successful manager is a difficult one, requiring a completely different skill set. Many are set up to fail by not receiving adequate training but Christian Gibbs and AKD Softwoods in Queensland provide a perfect example of management development that works.

Christian had been in supervisory roles for many years due to his experience in technical roles within the Sawmilling Industry, however he had never received any training or development opportunities in either leadership or his own personal efficiency. He completed the course “The Performance Edge” as part of a broader professional development plan in 2018.

In his role as the Greenmill & Sawshop Supervisor for AKD Softwoods Queensland, Christian oversees the Greenmill and Sawshop staff. The company processes logs and produces mainly structural timber for house framing.

When Christian started the course he found the content familiar but the delivery and application extremely powerful, he said, “The content that is delivered can be broadly described as something we’ve all encountered in one format or another before. However, the beauty of what LMA provides is the format of the delivery and the environment that they foster with the participants. The facilitators and support staff are driving you to really be honest with yourself, and actually implement the tools which are available to us. I found LMA to be a much more interactive experience, rather than the traditional method of education, where someone talks at you.”

The course had a strong impact on Christian due to the unique delivery and interactive experience and he feels that he has grown as a leader and also as a productive person, with increased personal efficiency which has given him the time to be a more productive leader.

The Time Analysis tool, where participants are encouraged to dissect and analyse the use of their time during a work week, was the real turning point for Christian’s performance and the overall performance of his team as it made him realise the value of his time, and the time of his team. As a result, he began challenging some of the tasks that they were performing which were about providing information or which were simply done because that’s what they had always done. As a result Christian was able to reduce his hours of work from approximately 82 hours per week, which was a lot of time spent working at home after hours, down to the current level of 50 hours per week.

“Previously I was caught up in the fact that I was just so busy. In reality, I was inefficient with my time, and working on too many projects at once, with a low completion rate. Being as “busy” as I was, I wasn’t spending the time with my team and understanding their challenges and motivating factors,” he said.

“My base team has seen increased productivity and improved morale, as a by-product of my increased interaction with the team and high level of focus on their wellbeing. We have been able to effectively implement regular performance reviews for the entire team, which has given us an opportunity to really understand what our team members want from the workplace, and where possible to be able to accommodate and develop them professionally as well, whether in the form of more training or simply sharing of operational information which they would of otherwise not been privy to. “

The results have spread further within the company as they prompted the rest of the team to assess some of the tasks they were doing, and the method of how they were structuring their work day. Christian’s team members were able to adopt some of the practices and tools he had implemented as a result of what he’d learnt with LMA. The end result is that the whole team are all far more effective and productive in their roles, with the team realising the results of our productivity.

Recently, the Team Leader in Christian’s team, Dan Wall, has commenced the Success Strategies for Team Leaders & Supervisors course. As his supervisor, Christian now has the chance to act as a Mentor for Dan and is already seeing Dan starting to make the connection with some of the actions and tools Christian previously implemented, and the change in mindset which he’s been using to lift the morale of both our Leadership Team and also their Crew on the floor.

“With Dan undertaking his course with LMA, it is continuing to build on the improvements we have realised as a result of my course completion, and it is capitalising on Dan’s differing viewpoint. He is considering angles which hadn’t occurred to me, and further enhancing our productivity and effectiveness, whilst continuing to really build and nurture the culture of our workplace.“

Discussing his LMA experience, the two main highlights for Christian was the exposure to the other course participants and the terrific facilitator, Nikki Watson. “What I appreciated most about her as a facilitator was her ability to push past the normal “excuses” and really get us to challenge ourselves to take an honest look at the situation and make a decision on actionable steps, rather than excuses about why we can’t complete that task.”

Many of our graduates reference the experience with other Participants as one of the highlights of their course experience as they benefit from the exposure to other people, who are facing the same or similar challenges in different environments. Christian said, “The really satisfying part of the interactions with other participants, was being able to watch them develop as people, and hearing about the win’s they had achieved that week. Being in an environment where you are surrounded by likeminded people, whom are all able to encourage and offer advice on how to capitalise on the journey we were all undertaking, was something really special.” 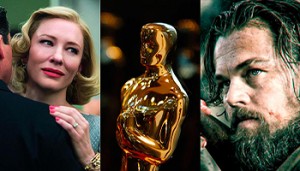