Staff and bosses disagree on how well teams are being led 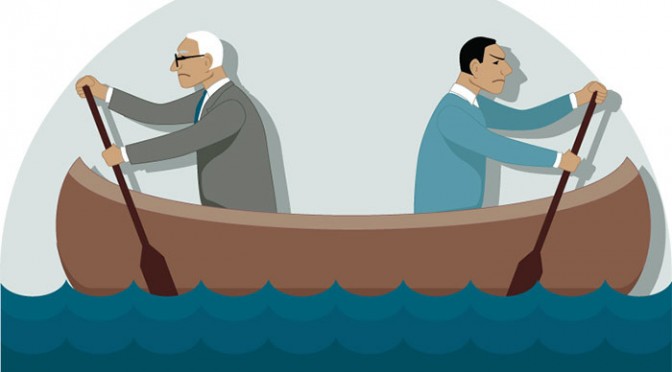 You might think you’re capable of leading your firm’s teams, but have you ever wondered how well you’re actually performing?

Not so good, according to Leadership Management Australasia’s new survey, which canvassed 1,300 respondents across various seniority levels.

The report identified “profound and disturbing gaps” between perceptions of leaders and the actual experiences of team members they lead.

For instance, it highlighted 96% of executives or senior managers and 94% of middle-managers or supervisors are committed towards the team they are leading.

However, only 62% of their staff felt that their leaders are dedicated to the team.

Likewise, while 97% of executives or senior managers and 95% of middle-managers or supervisors felt confident about their ability to lead teams, only 71% of employees concurred.

“Essentially, about one in three employees are not confident in their leaders and don’t have faith in their leaders’ competency to lead their workplace teams,” said Grant Sexton, executive chairman of Leadership Management Australasia.

“This major misalignment means teams are not achieving their potential and that impacts on the bottom line through cost, waste, loss of productivity and poor performance.”

Echoing earlier reports, the survey also found employees gave a much lower rating of their leaders’ competency than when the leaders rated themselves.

Only 69% of employees felt that their leaders were competent in leading teams.

In comparison, almost all executives/senior managers (99%) and middle-managers/supervisors (98%) felt they are competent in leading their firms’ teams.

Sexton added the extraordinary extent of difference between leader perceptions and team member experiences proves the need for leaders at all levels to take a much closer look at the teams they lead and work collaboratively with team members.

“In essence, leaders need to invest in the development of better team communication, relationships and processes to provide improved clarity and direction,” Sexton said. 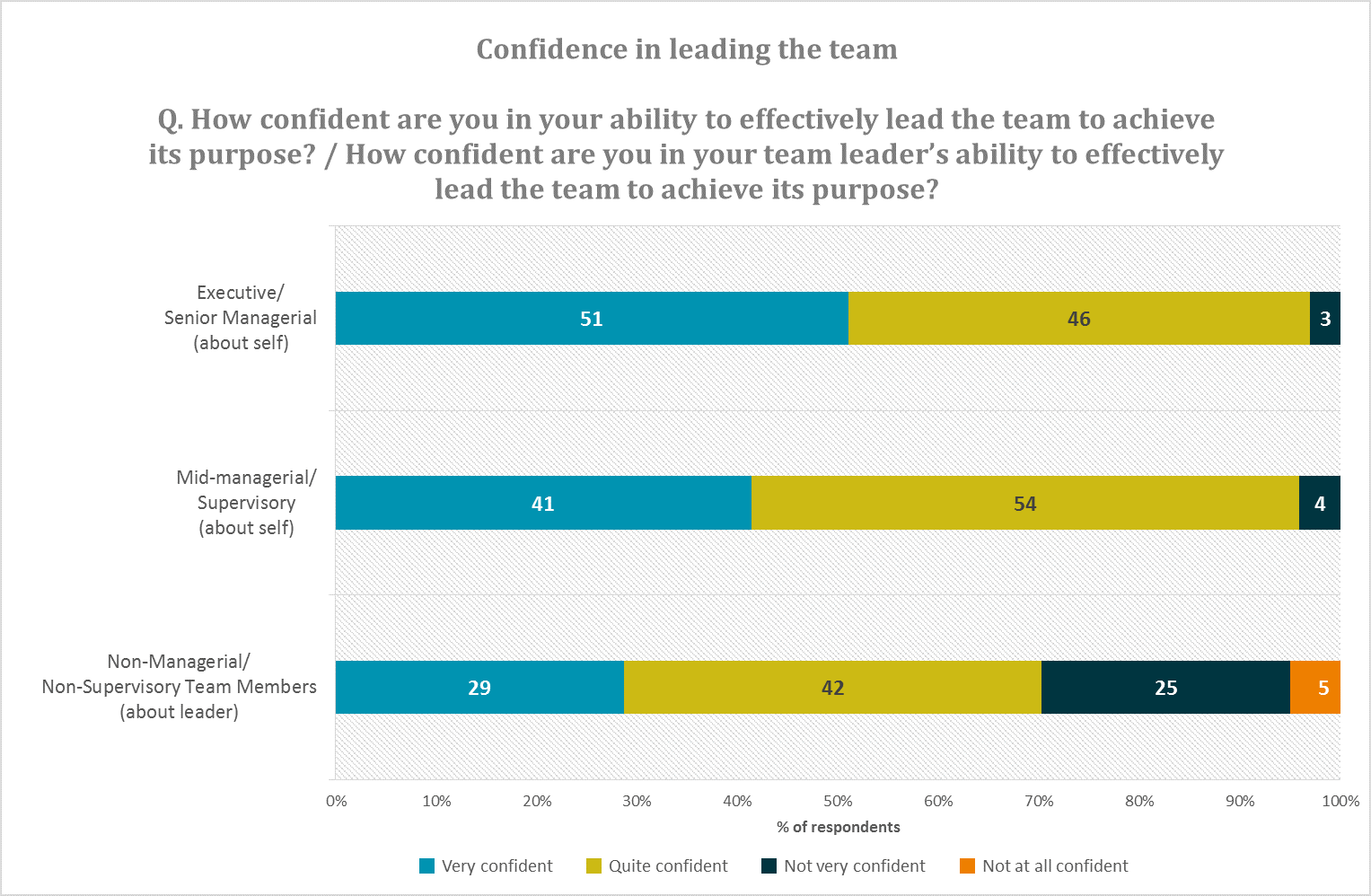 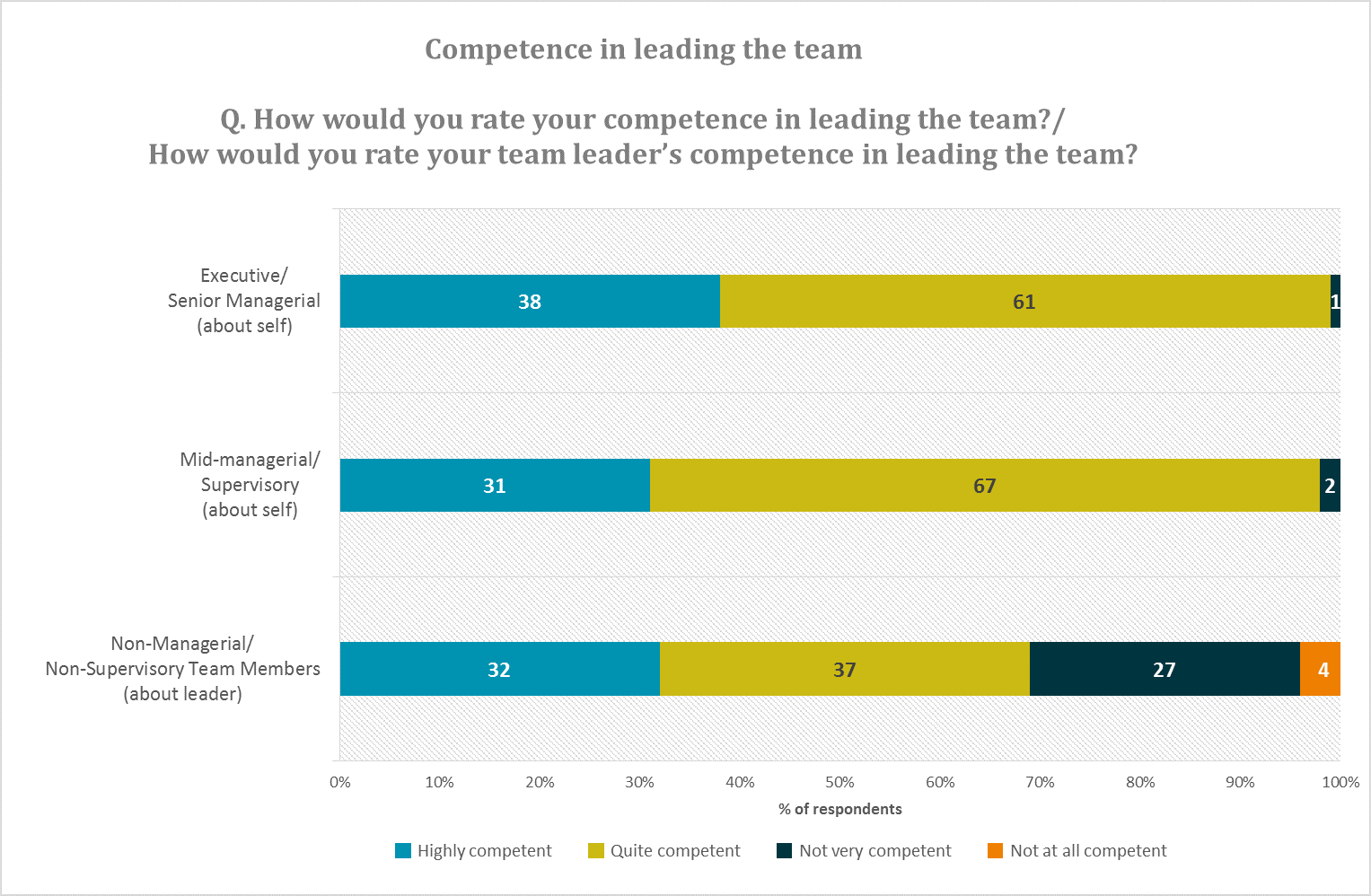 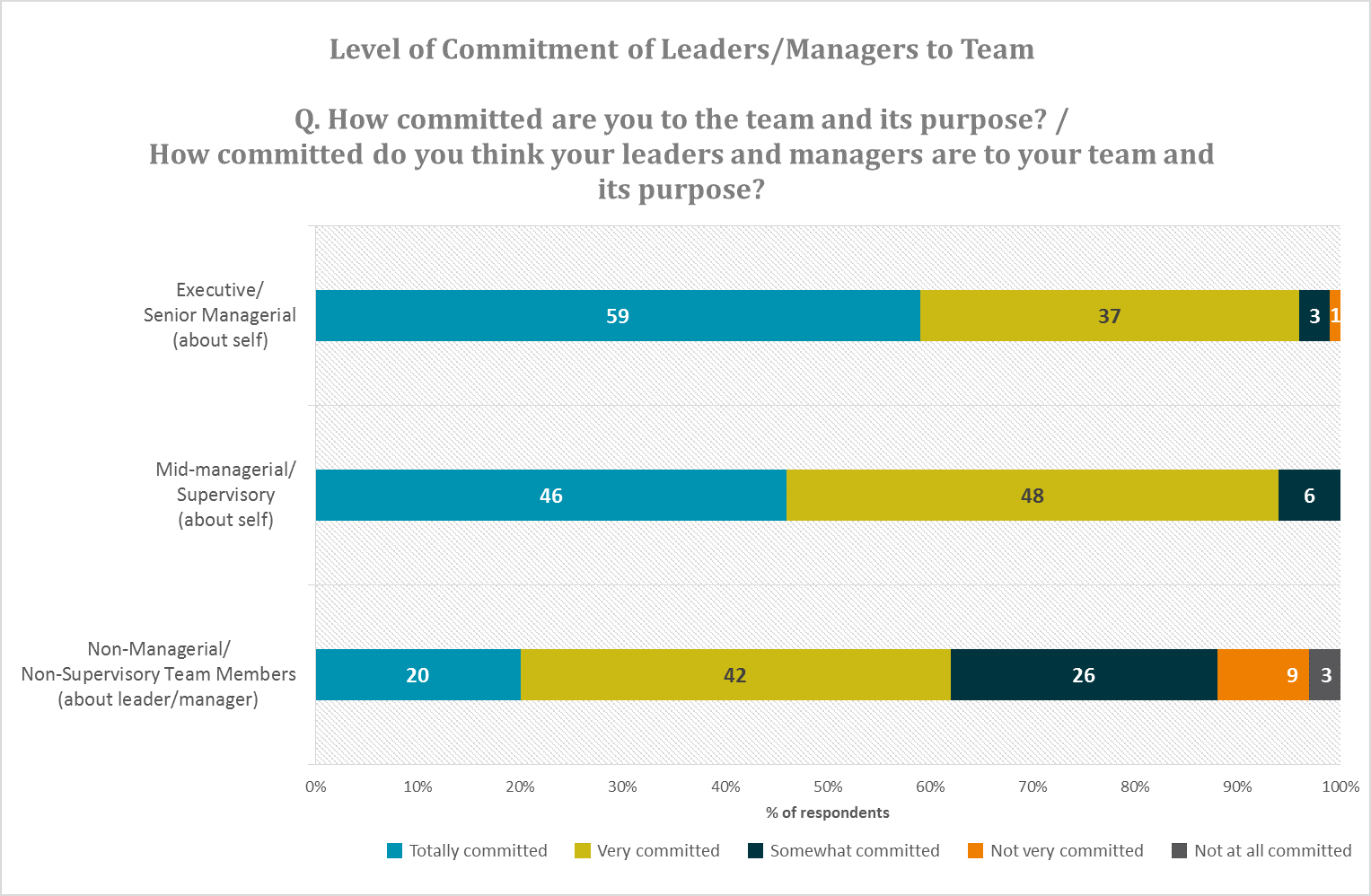 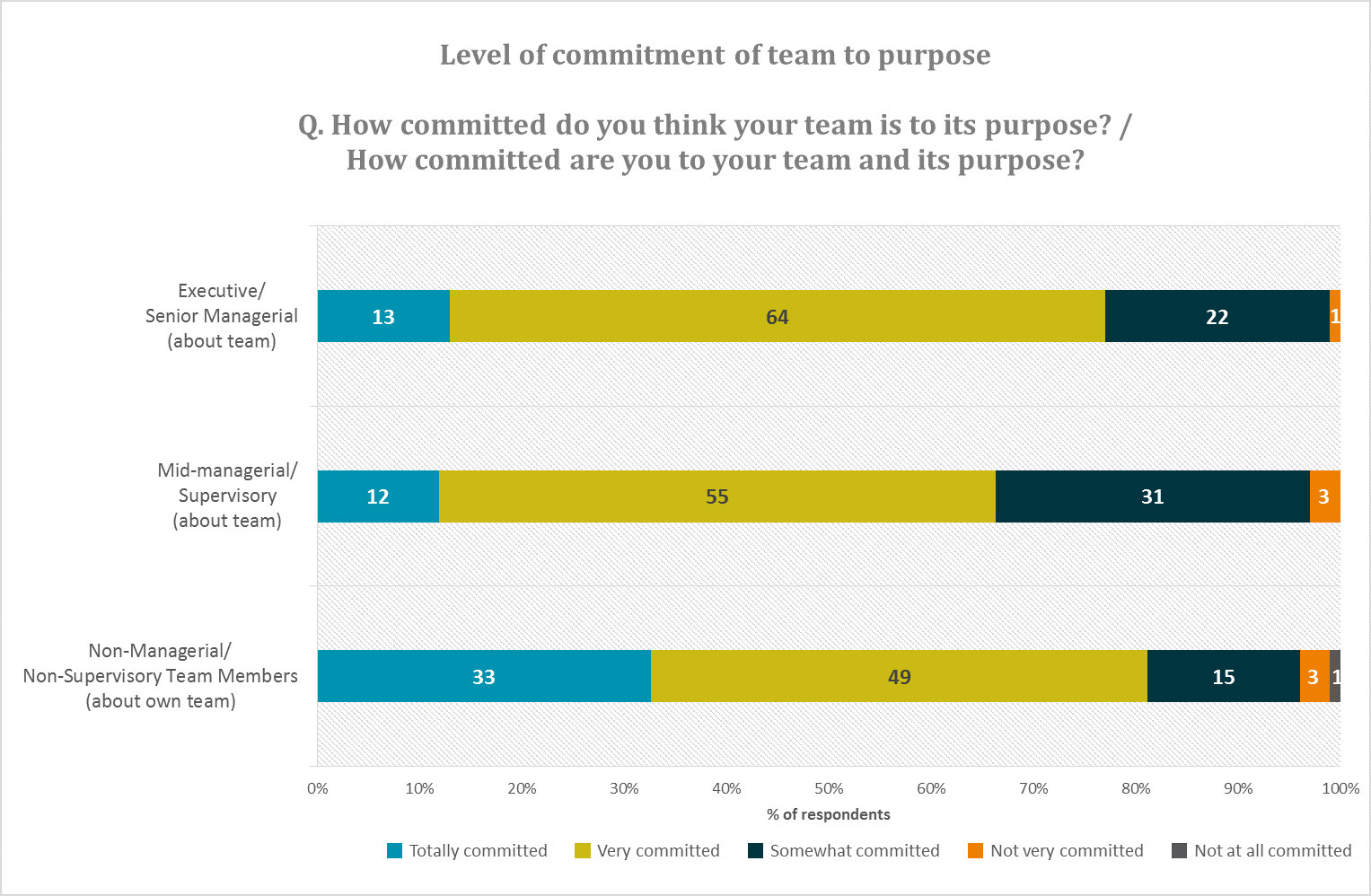