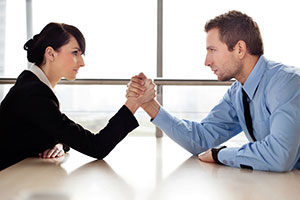 Australia and New Zealand have made significant progress towards gender equality but it appears that perception of the level of change may be skewed depending on which sex you speak to.

The latest Leadership, Employment and Direction (L.E.A.D) Survey has highlighted the differing views on the difficulty for women to reach senior management positions compared to the 80’s and 90’s.

On the face of things there appears to be little, albeit positive, change with 63% of leaders, 64% of managers and 67% of employees who perceive it to be easier for women to reach senior management position than in the 80’s and 90’s.

However, when the statistics are broken down to male and female respondents the results are more concerning:

The overall measure seems to mask the perceived difference in the experience of men and women at all levels of the organisation. It highlights that men are significantly more likely to believe the situation is balanced, whereas women report that men are still winning the so-called gender war.