Nearly half of middle and frontline managers and supervisors rate their leadership skills as average or below average, according to “disturbing” findings from Leadership Management Australia.

Analysis of more than 3,000 responses to LMA’s online DIY competency test found executives had the highest average competency rating (3.7 out of 5), followed by middle managers (3.6), employees (3.6) and frontline managers and supervisors (3.4).

Overall, a quarter of the respondents rated their skills as average, and 16 per cent as below average, on the five key competencies listed for their management level. 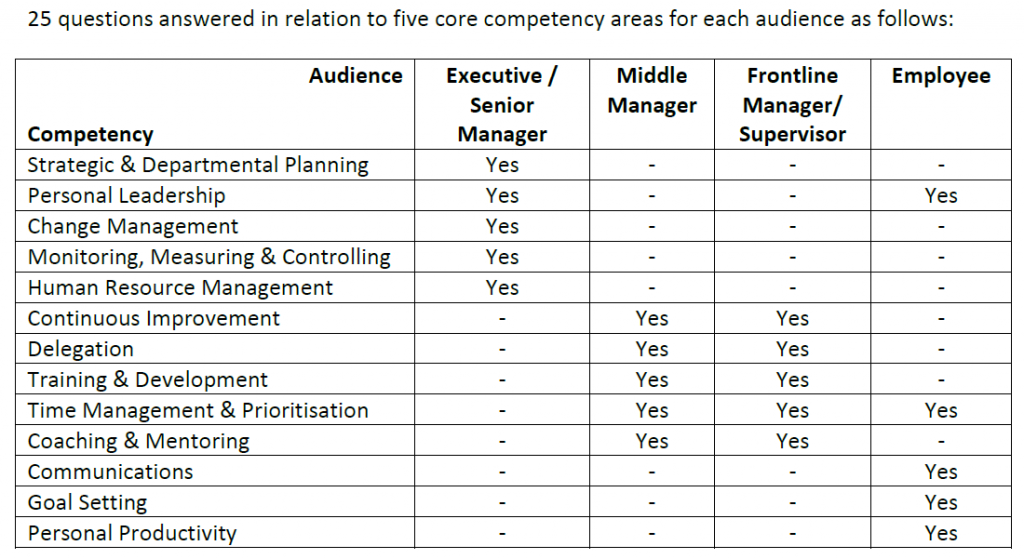 A “disturbing result” is that 35 per cent of executives, 40 per cent of middle managers, 47 per cent of frontline managers and 42 per cent of employees rate their leadership skills as average or below average, LMA says.

LMA executive director of strategy and growth Andrew Henderson adds that little has changed in four years of analysis, and he describes the results as “a call for help”.

“By revealing a shortfall in their own leadership and management competencies, the workforce says it wants to excel, but isn’t allowed. Equipping people with the skills they need will lift performance and productivity for the organisation, and the economy in general.”