Why Goal Setting Can Fail 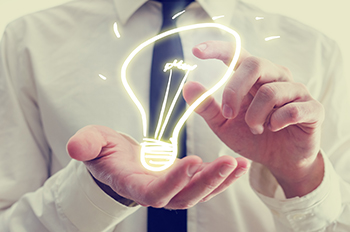 When used correctly, goal setting is a positive and powerful practice that can change lives and ignite enthusiasm. It can shine a light on new unexplored paths or direction and reinvigorate actions that may have been left lagging. S.M.A.R.T. goal setting will set anyone up for success.

So why don’t a lot of people consistently set and achieve their personal, career and business goals?

When practised in negative ways such as with cynicism, a fear of failure or a lack of direction, goal setting can have serious downsides and can undermine the success you are trying to achieve.

To avoid the most common pitfalls of goal setting, there are a few things to be aware of:

This may be the most important step to avoiding many of the pitfalls that can come with goal settings. Unfortunately, many people think that goal setting simply means putting a goal on paper, setting an approximate date for completion and carrying on with the same actions as before to achieve it.

In reality, goal setting is a much more involved and directed process than this. Genuine goal setting is the first step towards the imaginative and visionary possibilities that lie before you, both personally and professionally. However, to fulfil its purpose in your journey, you need to give it the proper commitment it deserves. You can do this by being certain of the following:

The fear of failure can be a huge potential pitfall in the act of goal setting. The key to avoiding the negative feelings around potentially not reaching a goal is to create an environment and a process that supports the involved act of goal setting. This can mean breaking down the goal into attainable steps and following designated check points to ensure you remain on track and that you are experiencing morale boosting success on your journey.

Having an open and honest discussion with your team can also do a lot for alleviating fears of failure. Knowing that others are aware of your goals and are in your corner can help to remove much of the anxiety around the need to maintain progress.

Goals that impress others, but aren’t self-directed

The nature of a well-planned and executed goal is that there is a clear destination of what you want to ultimately achieve and who you want to become. By focusing on goals that are designed to impress others but have little or no relevance to your own self or development, you are directing your efforts in an entirely different direction.

Many people, particularly those with high ambitions, feel like their goals have to be about outdoing someone else or being the best at something. While having ambition and drive is a positive aspect of directed goal setting, it should always be focused on where you are in your career or what you wish to achieve compared to where you stand now. The most important person you have to impress with your achievement is yourself.

Some people have too many goals and not enough focus. When this happens, it can be like standing in front of many different dart boards with no clear next move in mind. Being focused enough to hit one target is hard enough, let alone many different targets all at the same time. In fact, most of the time it won’t be possible.

By slowing down and prioritising one or two goals at a time you are focused on and can move forward with those one or two goals in your mind. Postpone other goals that are secondary. This is not to say that you should never have more than one goal. Rather, you need to realise that you have only so much time and energy. Therefore, choose the goal that will give you the highest return on effort and focus on that one goal first. Once complete, you can then focus on other goals in sequence.

Keen to learn more about S.M.A.R.T. Goal Setting? The Performance Edge course from LMA is the perfect development opportunity to learn how to supercharge your goal setting.